In response to The Daily Post’s weekly photo challenge: “Off-Season.” In  December we took a trip to Penzance in Cornwall to celebrate the Millennium. We had a great few days exploring the winter coast. New Year’s Day was fine and sunny and we walked a stretch of the Lizard Peninsular. A fabulous way to start  the year. These pictures of the landscape and beaches of Cornwall off-season 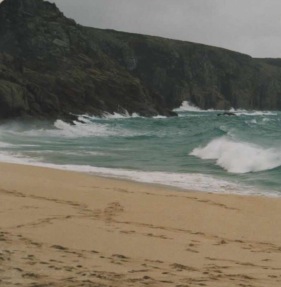 Posted on June 12, 2015 by Tanzalong in postaday, Weekly Photo Challenge

They like things loud here. There’s no such thing as quiet music in the Tanzanian culture. Whether it’s the worship blaring out of speakers at church (though thankfully not at NCLC) or a Ranting preacher at an outreach event (here they tend to go for the Fire and Brimstone  approach -with lots of shouting it what seems an angry voice). Whether it’s truck traveling down the street blaring out a political message or selling coke. Whether it’s an all night party going on in the local neighborhood – so loud it sound like they are in your house!

Regardless of the event the speakers are enormous and the volume is turned up to 20.

Last night one such party occurred somewhere nearby – it was still going on at 6am. The only way we could sleep was to have the fan on, at top speed the white noise produced dampening the music enough to get some “shut eye”.

Thankfully this is not a regular occurrence, though more often than you might think. One such party many months ago,was terminated by a power cut ( they do have their uses) and the silence was bliss!