In the Summer of 2000 we embarked on our first family holiday abroad. We were three with one on the way but it was still possible to fly. For Matt the most exciting things were the earphones and Walkman and his favourite music tapes (these were pre-iPod days).

It certainly kept him quiet on the flight from Gatwick to Malaga. We packed his car seat and travel buggy in the hand luggage. Getting off the plane we had some heavy cases, as Anita was 6 months pregnant it was lot to be carried by one person :-). We were met by our host who took us from the airport to Torremolinos, where we picked up a hire car we had rented for the week.

We were staying in Torremolinos at Casa Nesca a holiday home, run by an ex-patriot. It was located on the outskirts of Torremolinos up in the hills and well away from the tourist areas which was ideal for us.

We had booked our 10 day holiday through the Christian Holiday Handbook – a publication that allowed Christians across the world to advertise their holiday homes.  We arrived to a surprise.  When you travel half way across Europe you don’t expect to bump into people you know – well we did!.

Joy, Malcolm and Aimee Gray were members of my Mum’s church (and my first Church), St George’s Swallowbeck in Lincoln. It was nice to catch up with them, I had been in the same Home Group many years before. 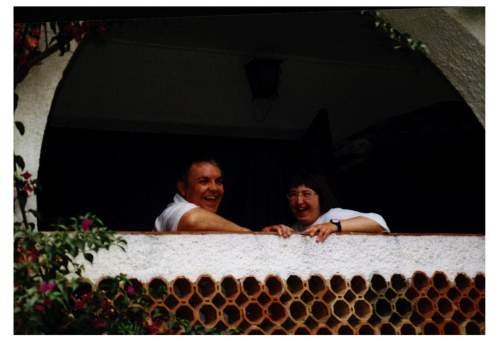 Although,the accommodation was basic (one large ‘L’ shaped room with no air conditioning; two single beds and space for a cot; a small kitchen area), there was a lovely garden with a swimming pool and plenty of hammocks. A great place to relax! There was the opportunity to have shared meals on site cooked by our hostess.

Matt  loved playing in the garden and looked great in a floppy hat. He enjoyed meeting the other guests and was fascinated by the guitar which one girl played. 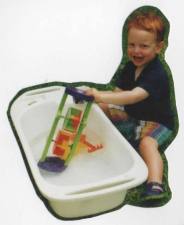 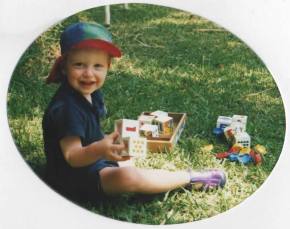 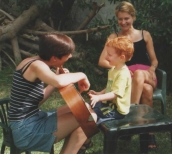 We also had great fun in the pool  which was a great place to relax and Matt had armbands which kept him safe.

Our hire car  enabled us to travel and take in some of the sites of Andalusia. One of our trips was to La Alhambra, near Granada.

This is a Moorish City – dating back to a time when this part of Spain was under the influence of the Moslems.  This was a fabulous place – unfortunately we never got to go to the Palace – as sunset was approaching and the queues were long. This is definitely a place I would like to visit again. 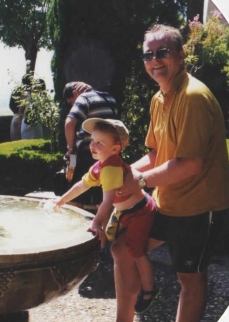 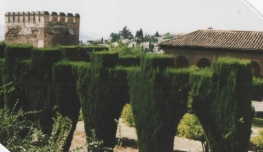 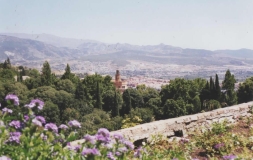 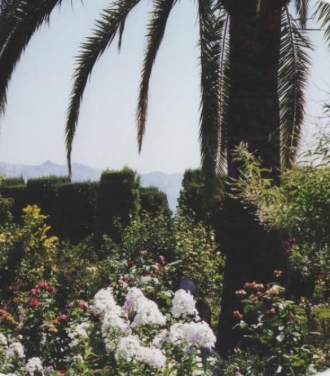 Nearer to Torremolinos was the neighbouring town of Benalmadena – we visited several times – it being quieter than Torremolinos. It also had a cable car which we used to ascend the hills for some great views of the Mediterranean. 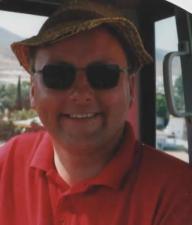 Further down the coast was a fabulous Safari Park – one which you walked around but with some great views of the animals in the enormous avery and in canyons below suspended bridges. 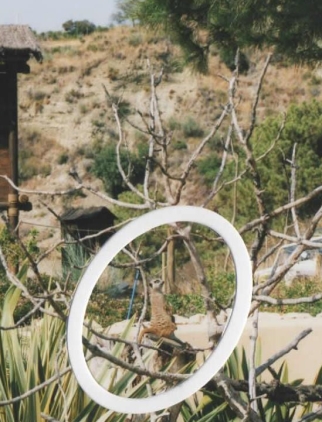 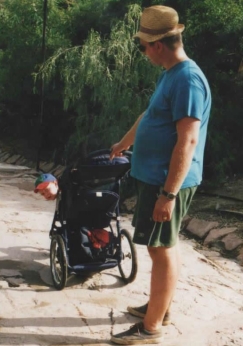 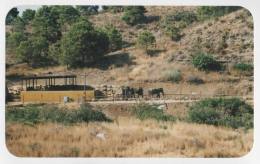 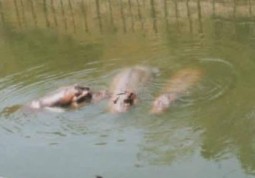 We did spend one day on Torremolinos beach – though the heat was a bit much. We had arrived in a heat wave which made it too hot to stay long. Matt enjoyed the play park and some paddling in the evening. 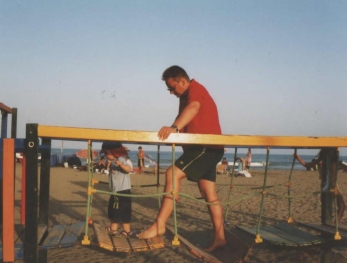 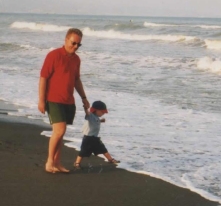 Another local village was Mijas – home to a Bull Ring – we didn’t see a fight but had a good evening stroll in the village. 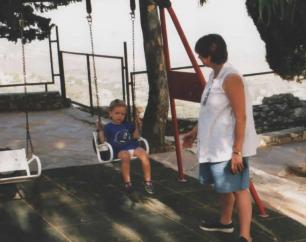 Gibraltar is a small speck of a country – actually a dependency of Great Britain  – comprising the famous Rock of Gibraltar and the surrounding land towards the sea. We had a great day walking around the Rock and saw the famous Barbary Apes (the only primates native to Europe  – apart from Man of course). We also wandered through the caverns beneath.

A view of Africa 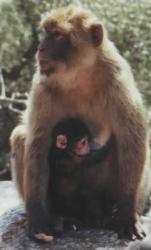 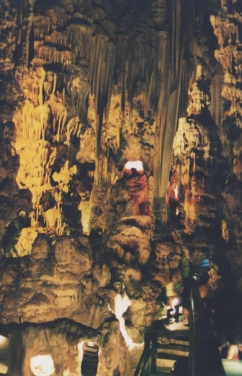 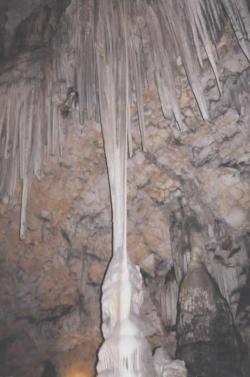 Towards the end of our holiday Matt and I visited a Crocodile Park – Anita was unfortunately unwell.  I even got to hold a baby!

On our last night we revisited Benalmadena and enjoyed a stroll along the prom and saw wild pelicans in the park. 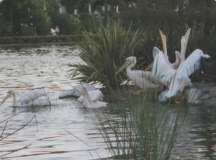 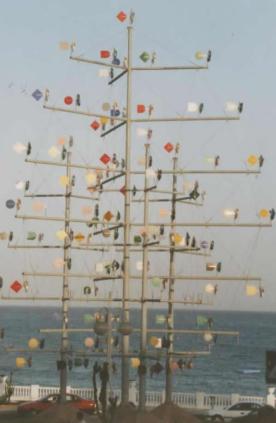 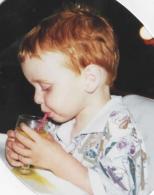 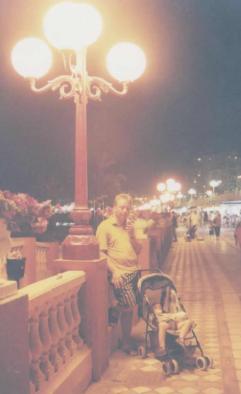