We see a lot of overladen vehicles here but this one probably ‘takes the biscuit’.

On a narrow rutted track two Pikpikis between them transporting a heavy piece of iron work strapped at each end to their vehicles, very heavy, very wide, very slow.

Not the easiest thing to get around!

A submission to this week’s photo challenge: Now

So here we on 28th December at almost 6pm -sitting on the beach by Lake Victoria in the warm breeze, under blue skies watching the waves crash into silver sands. It’s lovely here at St Dominic’s Annex Beach near Igombe, Tanzania 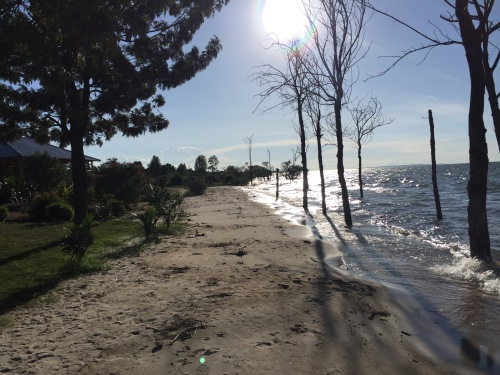 A submission to this week’s photo challenge: Now

So here we on 28th December at almost 6pm -sitting on the beach by Lake Victoria in the warm breeze, under blue skies watching the waves crash into silver sands. It’s lovely here at St Dominic’s Annex Beach near Igombe, Tanzania

The Boy by the Lights

I sat there at the traffic lights waiting for red to become green.

All of a sudden he appeared by my car cloth in hand, two cups.

I started to say no thank you in Kiswahili but stopped. The boy pulled out the cloth and proceeded to wipe the window and the bonnet, patiently raising the wipers and dislodge the trapped twigs from the grating beneath.

I was first in the queue as the lights remained red, he obviously knew the timing well as he patiently worked his way across to the passenger side with a few seconds to spare. I gave him some coins. Not much by my standards but a token of appreciation.

I did not ask for my windows to be wiped, but this disheveled boy was doing something to earn something.

There are many street children in Mwanza. Most beg. “Give Me My Money”, grates on the ears far too often. I don’t give to these beggars, the local charities urge us not to as it discourages them to find real help and often monies given are stolen by older boys.

At least this boy was doing something, not just relying on handouts, from Mzungu.

They are probably the ugliest birds in Africa – if not the world. Marabou Storks.

They are common in Mwanza -digging through the rubbish tips. They also hang around Bismarck Rocks, sitting in the trees. 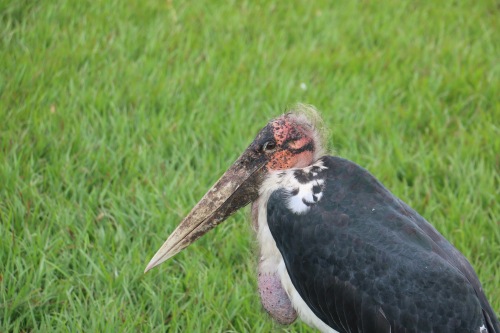 We saw them too in their more natural habitat, in the Serengeti. 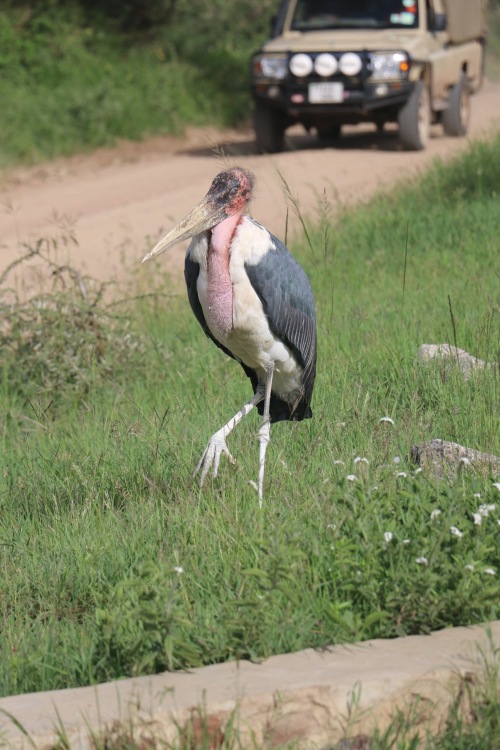 Generally here by waterholes or gathering in trees near to a kill, waiting their turn.

As ugly as they are on the ground they are graceful in the air, whirling and soaring in the thermals in the clear blue skies. 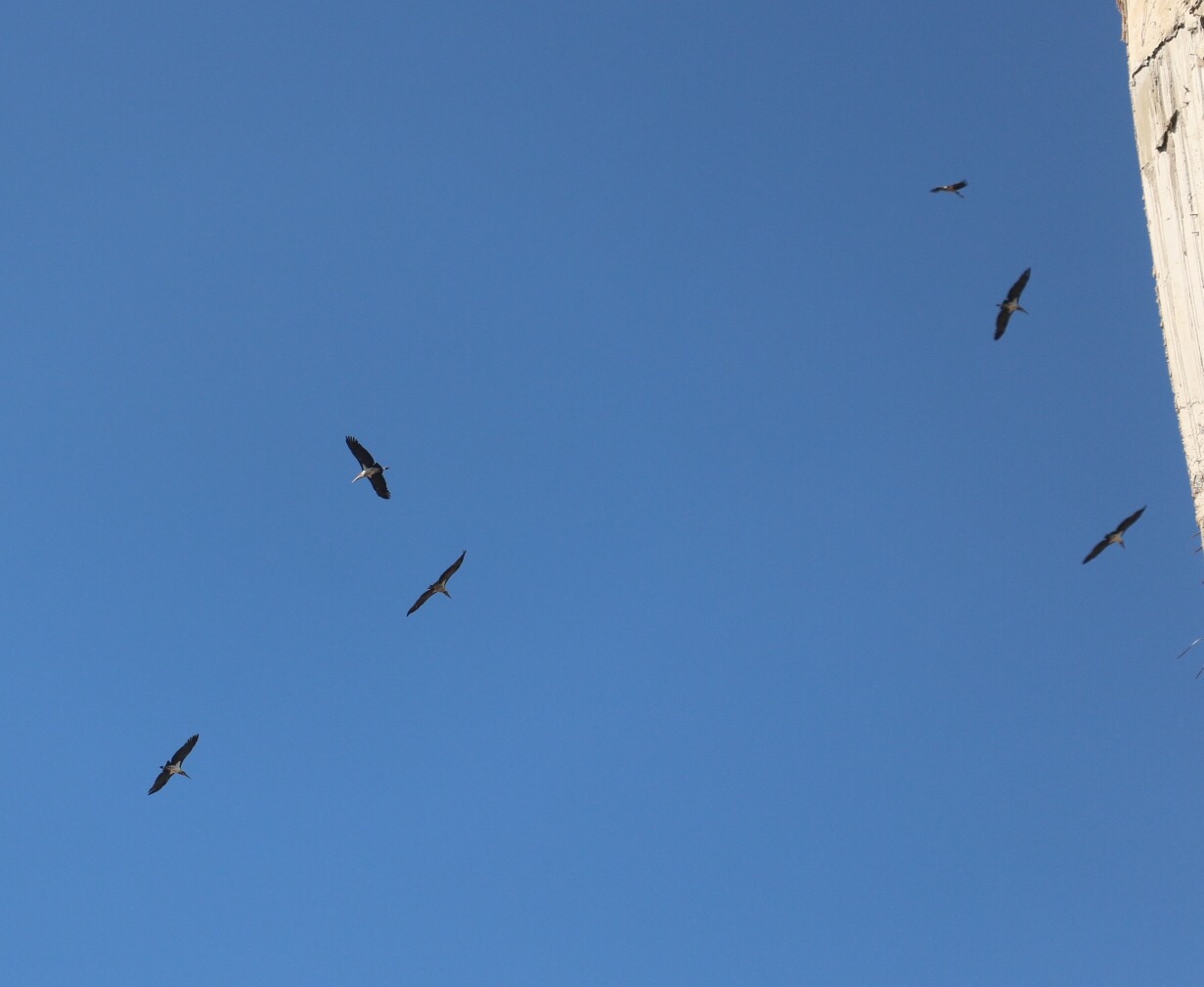 We returned last weekend from a fabulous three days in the Serengeti, including a great balloon trip. 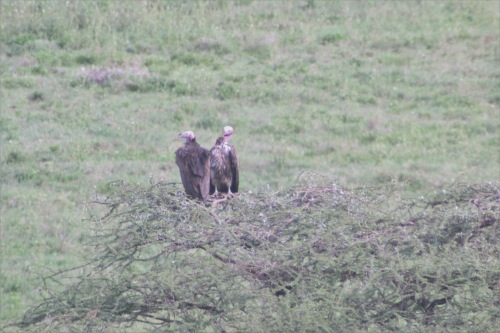 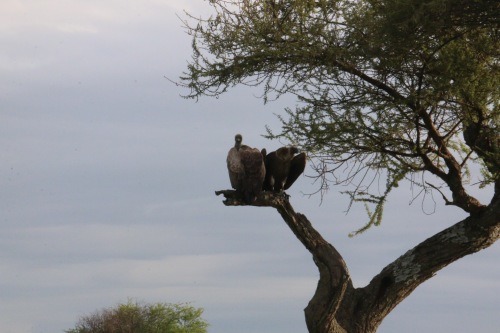 We saw these birds in the Ngorogoro and Serengeti

A Greater Kestrel at the entrance to the Serengeti

This Steppe Buzzard aka Common Buzzard

We caught this bird drying it’s wings in the sun. 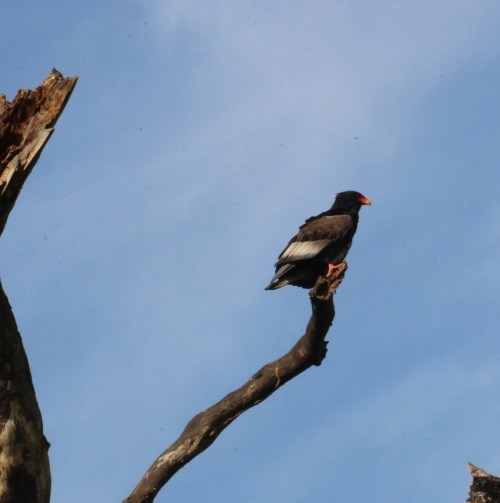 We returned last weekend from a fabulous three days in the Serengeti, including a great balloon trip.

Having missed out on a cheetah last time we were able to see one early on this time. 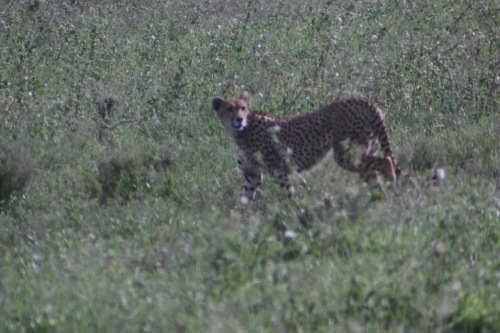 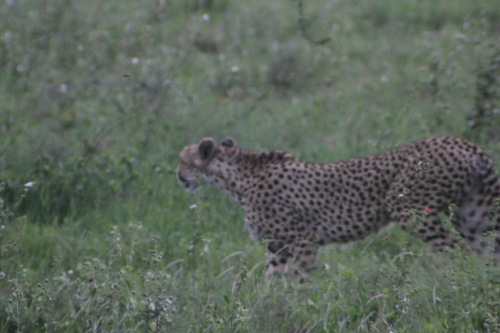 We came across leopards on three occasions, the first was the most memorable as the hidden beast rushed out vehicles, the other two were little more relaxed. 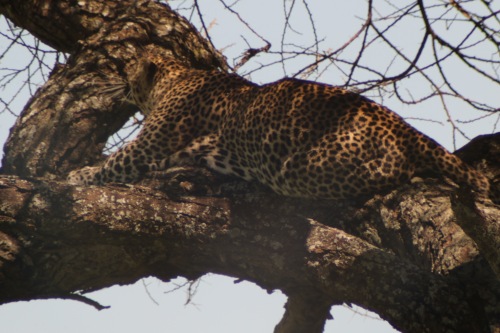 Other mammalian predators were scarcer and our views of Hyena and Javkels were restricted to views high up from balloon or brief glimpses as we drove along the road.

This safari however, was dominated by the three big cats which more than made up for the lack of other carnivores.