In 1987  just prior to starting my PGCE I traveled to Spain with a Group called Open Air Campaigners.

We left the UK  and journeyed by coach crossing the channel and traveling through France overnight.

Breakfast near Bordeaux before crossing into Spain – my first time in this country.

Our first port of call was San Sebastian. Our eventual destination would be Seville – so this was an overnight stop. We had time to wander around the town in the evening and even had a quick paddle 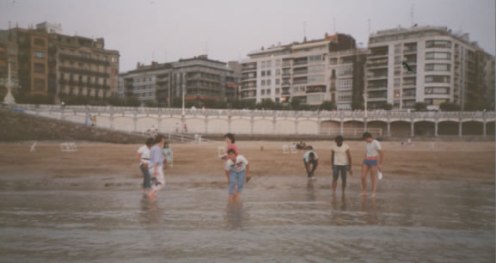 The next morning it was onward and downward crossing through Spain on route to Madrid. It was great scenery as we crossed through mountains and valleys passing through villages and towns. At Madrid we had a second night’s stop over. 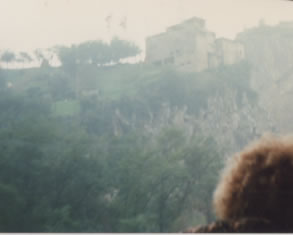 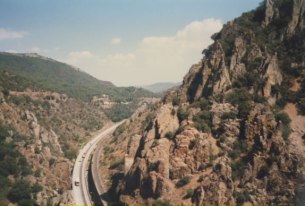 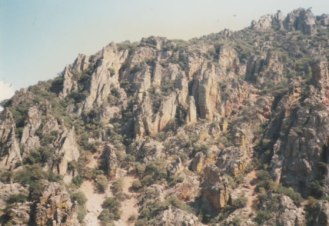 We arrived in Seville at the end of the third day. This was to be our base for the next week. Whilst we were in Seville we were staying in a monastery – an amazing building with a fabulous courtyard and garden. There were real lemon trees growing in the garden. 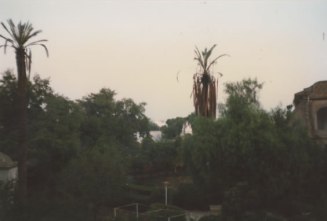 We had arrived in Andalusia during a heat wave which raised the temperatures to verging on 50ºC. The monastery’s thick walls keep us cooler than we would otherwise be, but it was nonetheless hot.  In the evenings we  would see lizards climbing on the walls.

Our time in Seville was spent supporting a local church with outreach programs – we were helping to run children’s programs in the mornings, running sports and activities as well as stories using the whiteboard. The technique involved using boxes which were filled in with lines to make letters and then words. Our mornings would also involve dropping in leaflets to houses in local tower  blocks inviting children to come along.

However the afternoons were our own to do as we pleased. We would visit various places and visited the Jewish Quarter, the River Guadalquivir, the Cathedral and the Parks. However, it was suggested we take a siesta in order to stay out of the sun (the hottest I saw was 42°C at 5pm). Unfortunately I did not heed the good advice on the first day  and headed off to the local parks, I ended up with heat exhaustion on that  day. Other days we would walk to the local ice cream shop where we would by delicious sorbets  – orange, lemon or lime – served in their skins. This was the first time I had ever eaten such a thing though nowadays they are common. On other days we found a Tapas bar and sampled Gazpacho (a cold soup). 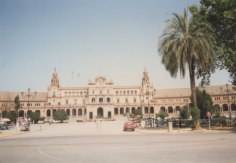 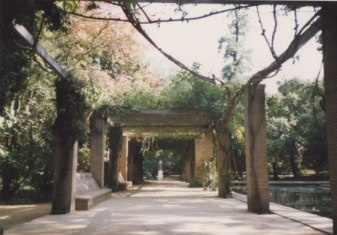 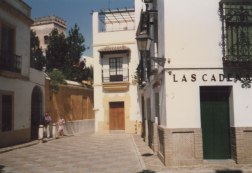 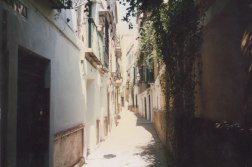 In the evenings we would set up a pitch on the promenade along the river and do some open air work on the streets attracting small crowds – singing Spanish choruses and using the whiteboard.

On our last evening we had a celebration at the church including an opportunity to watch and take part in flamenco. I didn’t do too badly getting to the semi-final. Our final morning we went to a café for an authentic Spanish breakfast – rich dark sweet cocoa with doughnut like sticks we would dip in them. Then we were off, after a week in the baking heat it was back through Spain, stopping once more in Madrid, before arriving back in San Sebastian. 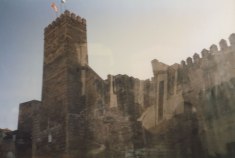 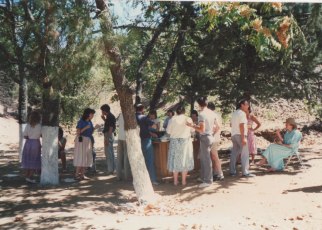 This time we were staying a few days. Again we were working with churches in San Sebastian and in the Basque town of Talosa. Again we were doing some street work. 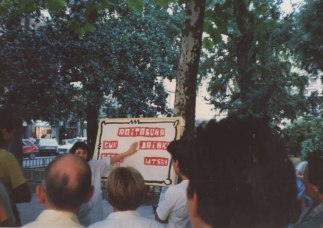 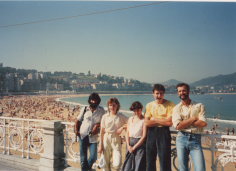 It was a little cooler in the North but still warm enough to take a dip in the ocean.

After two days we were on our way home to the UK and the rain. I had traversed the Iberian Peninsular seeing the Spanish Interior. I loved Seville and San Sebastian. I wish I could have seen more of Madrid. 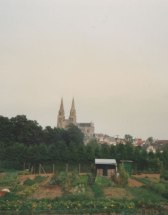