A submission to the latest Weekly Photo Challenge :Edge

Taken on our trip to Ngorogoro Crater in October 2014.

Crater from the top

A submission to this Week’s Photo challenge. Taken at Ngorogoro Crater in Tanzania. 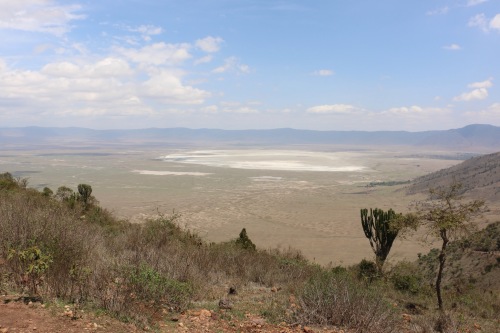 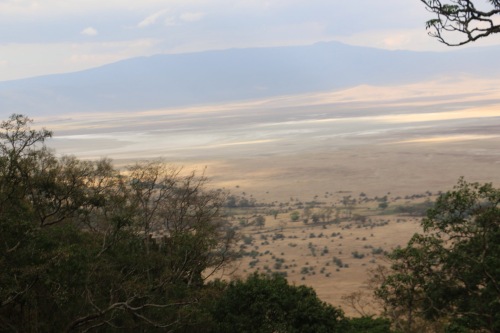 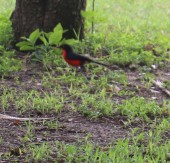 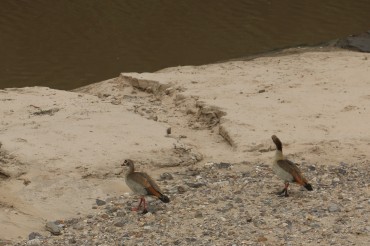 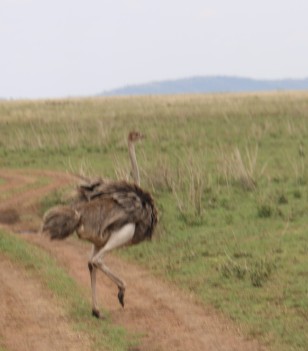 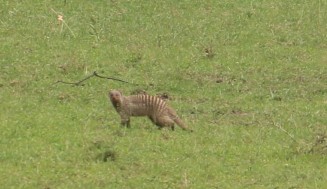 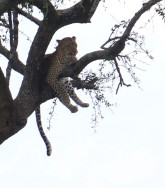 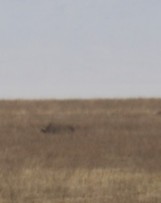 Three days on and having sorted through the 2300 pictures, deleting, cropping and enhancing where needed the three blog post have been updated and photos added – for those who know us this is a good chance to share our adventure. For others feel free to look at what it is like to go on Safari. Click the links below or just look at the super selected pictures in the slideshow below.

We woke up to most on our mountain top campsite. It has been a cold clear night (amazing stars in the pitch black before we turned in), but we had wrapped up warm. After an early breakfast we were off away from
Ngorogoro and back to Serengeti. We had two animals on our shortlist today – Cheetahs and Leopards. During the morning the once exotic now familiar mix of Zebra, Wildebeest, Thompson’s and Grant’s Gazelles, Warthogs, Hyenas, Lions and Giraffe were all their. Hartebeest, Waterbuck, Ostrich, Bustards and Secretary Birds added to the mix.

Giraffe and Zebra on the plain

By early afternoon we were in Serengeti – still only magnificent Lions were representing the big cats – great as they were we wanted more. Just before lunch we saw a tree we thought we might have seen a Leopard – wishful thinking – nothing there! Then at lunch others said a Leopard was there so we returned – all we saw was a dead Impala high in the branches no
Leopard 😒. We drove on disappointed. Two miles or later there was a convoy of parked vehicles (a sure sign of something). We assumed it was Lions or perhaps Elephants – but no it was a Leopard, legs dangling on a branch 😌 but very hard to see. I needed maximum zoom snd a touch of overexposure and a severe zoom in on my screen display, to make it out but yes it was a leopard

A great way to finish off before we headed back. In the end no Cheetah’s – yesterday’s failed encounter foiled by the height of the grass that hid our ‘prey’. However one further treat was a river with Crocodiles and Hippos and a glimpse of a Monitor Lizard at the end! 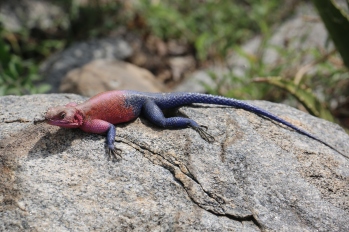 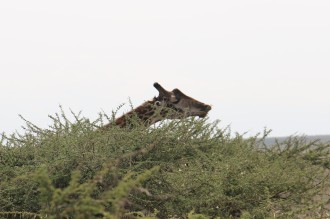 Lions in the Long Grass

Zebras in the long grass 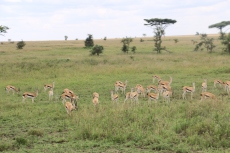 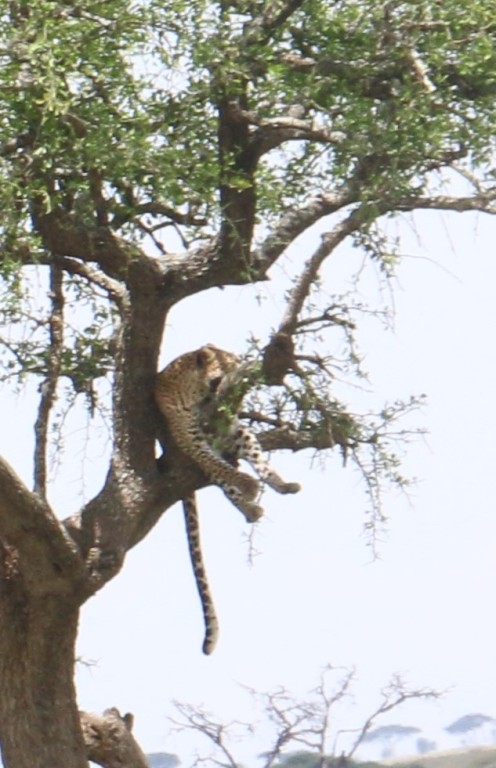 As I write this we’re still in Serengeti but heading out (just seen the Monitor!).We have had a fabulous three days and many great memories to last long in the mind.

After an early night – just after 8pm! It was up early to make the most of the day. Our morning was spent in Serengeti. No big new animals today although we were within a few metres of a hiding Cheetah at one point – unfortunately no sign. Plenty of birdlife and good sightings of Lions, Giraffe, Zebras, Buffalo, Wildebeest, Hippos, Warthogs, Elephants, Baboons, Monkeys,Ostriches and Hyenas to add to yesterday’s encounters. Still no Leopard though! On the new front Thompson’s Gazelle and Grant’s Gazelle. 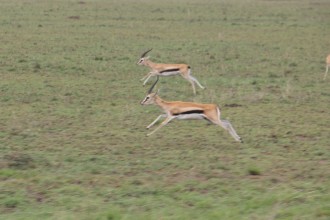 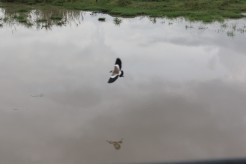 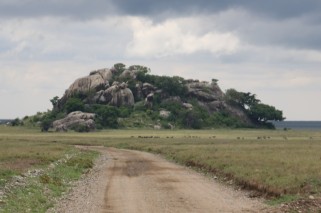 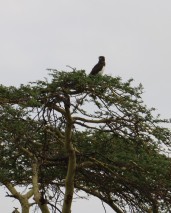 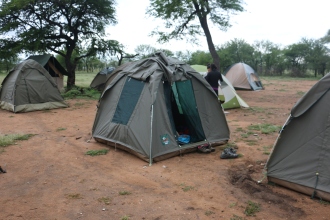 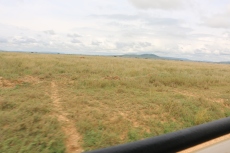 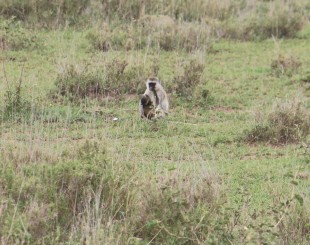 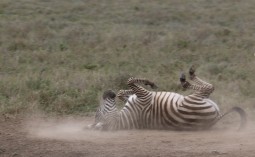 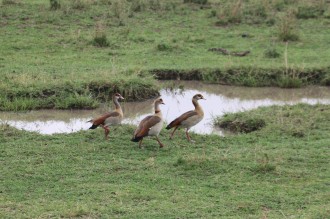 The afternoon took us over into Ngorogoro Crater which gave us a spectacular climb (in which we saw Maasai Villages and even some Camels!) and a dramatic descent. Once inside we saw much of the same, though generally much closer quarters . On the new front we saw a Jackal, Crested Cranes, Storks, Hartebeest, Bustards, Flamingos and Pelicans. We were on the search for Rhino. It is true to say we saw two. It’s also true to say that on full magnification they were tiny. None of this took away from the spectacular landscape,
We are now back at our campsite for the night. One more day in the Serengeti tomorrow then home tomorrow night.
We remain in search of Cheetahs and Leopards. hoping.

The Long and Winding Road 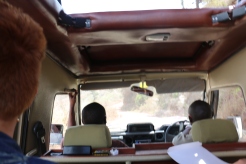 Masai on the plain

Zebra and Wildebeest on hill

Lions in the long grass 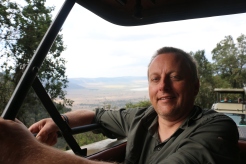 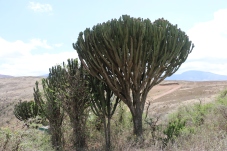 These flowers gave off the most amazing perfume 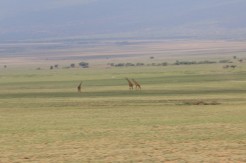 Giraffe on the endless plain 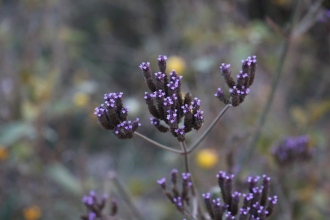 Crater from the top 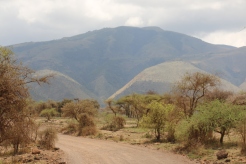 The start of the ascent 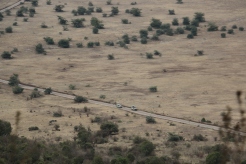