Here is a submission to this week’s photo challenge on the theme of signs. All taken in Lanzarote in 2006Cesar Manrique was a Lanzarote artist and sculpture who had an enormous impact on the island and helped develop tourism sympathetically with the landscape. His sculptures can be found across the island.

Here are some signs from across the island which illustrate Manrique. 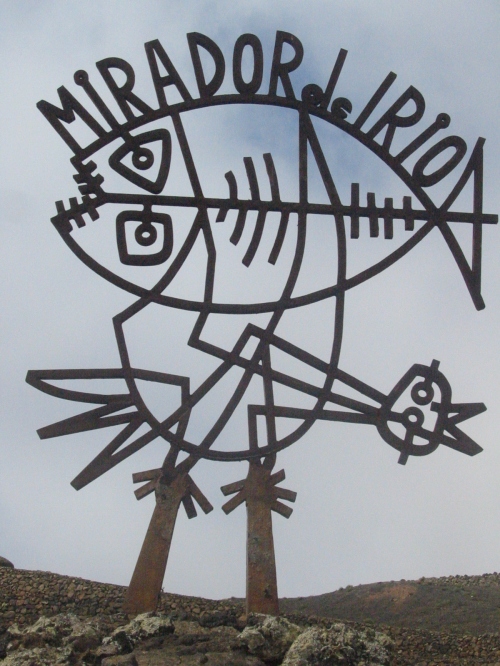 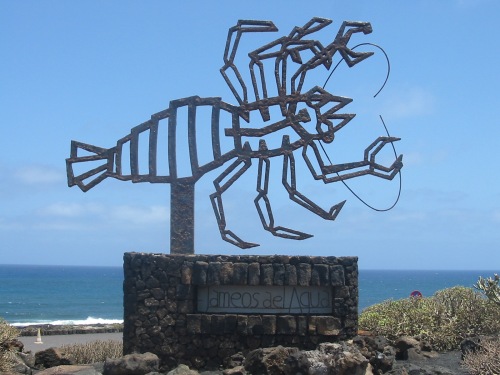 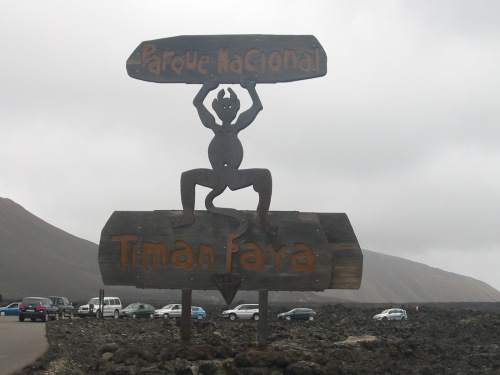 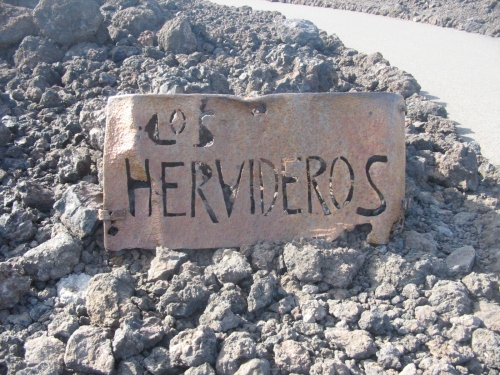 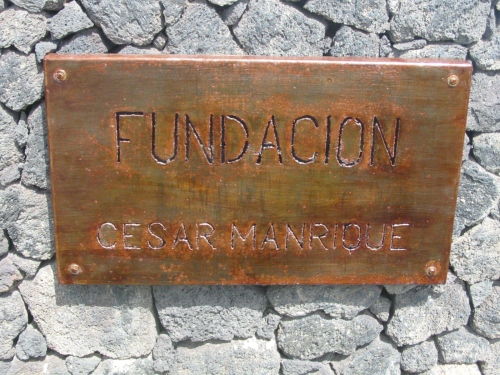 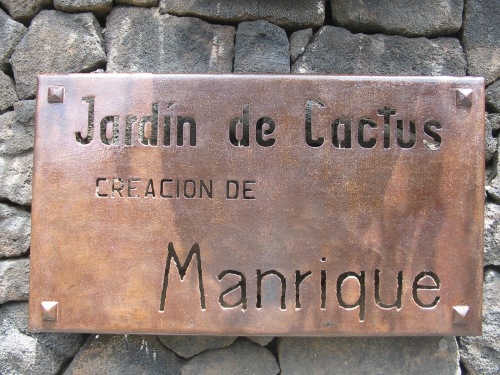 A submission to this week’s Travel Theme: Metal 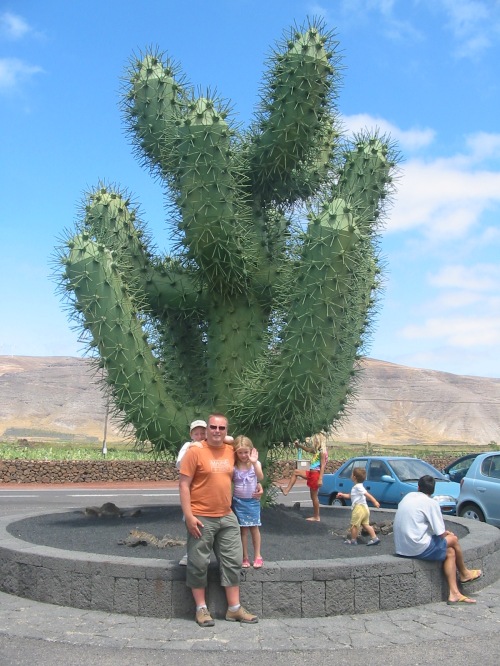 Other Manrique Metal sculptures from across the island. 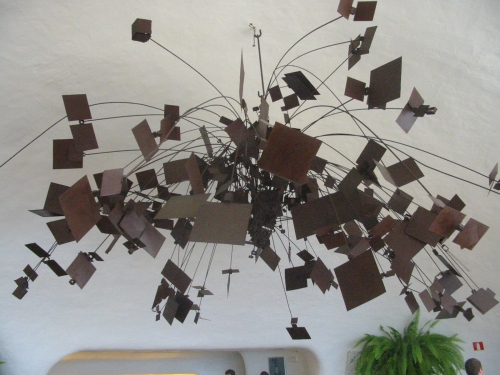 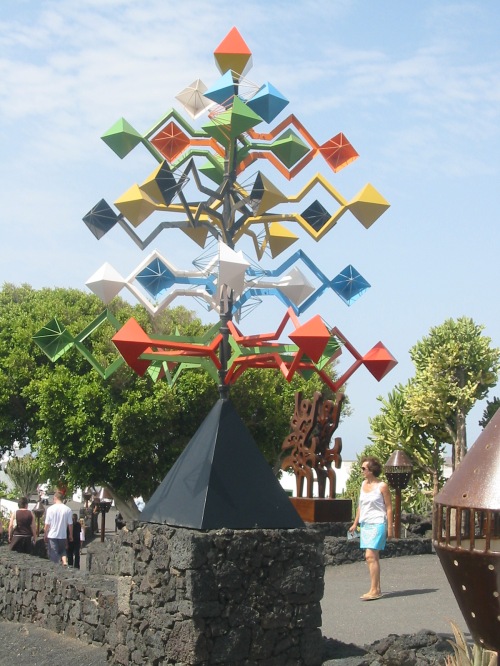 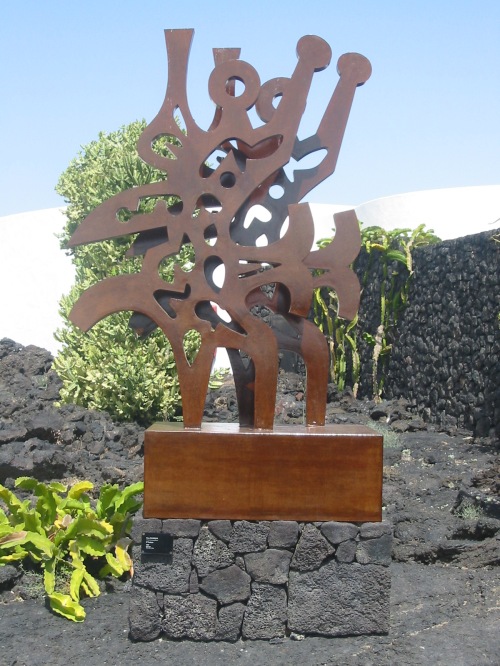 As part of an aim to blog earlier travels before leaving for Tanzania,  the Lanzarote Page is now live with content.

Follow the link to see much more detail and more pictures. 😀 END_OF_DOCUMENT_TOKEN_TO_BE_REPLACED

As a family we have been able to travel a little within Europe. Our holidays have been either to France or Spain. END_OF_DOCUMENT_TOKEN_TO_BE_REPLACED

T minus 147 When we pack our bags in the summer and fly out to Tanzania – it will not be the first visit to that continent for either Anita or I. In fact by one measure all the family have been to Africa before. Anita has had by far the longest stay, having lived and worked in Malawi during 1992 and 1993. I will leave her to share her story in more depth later on. Lanzarote As for the rest of us, depending on how you look at it, we all visited the continent of Africa in 2006, when we had a fabulous holiday in Lanzarote  (part the Canary Islands). These islands – while part of Spain (and therefore politically European) are actually part of the African continental shelf. However, this is probably a little tenuous, since for all practical purposes we were visiting a European nation. Nonetheless the African climate, the camels (imported of course) and the wildlife was Africa ‘writ small’.  Here is an excuse to include a few of the pics we took at the time. Look for the pictures of Manrique’s works – a famous Lanzarote artist.

Gambia Only eight weeks before my family package holiday to the Canaries, I had visited ‘Africa proper’ for the first time. This trip undertaken with colleagues from school was part of fostering a link between my School and Brikama Upper Basic School in The Gambia. It was the first such trip by staff, following on from earlier trips taken by Sixth Formers. It gave me my first taste of Africa and it was wonderful. We were staying in a moderate Hotel, but it had a pool – so we Westerners weren’t completely thrown in at the ‘deep end’ (every pun intended). From that base we visited the School in neighbouring Brikama, along with Serekunda and Banjul. It was a packed week with trips out into the countryside visiting places such as Makesutu (an Ecotourism centre), Lamin Lodge and Kachikally Crocodile Pool, as well as an Orphanage and Maternity Centre. We were ably led by a Gambian Tour Guide, known as Mucki, who gave us a real insight into the real Gambia away from the tourist trail. We even went on a day trip to Senegal including the  crossing of the River Gambia. I loved the heat and the wildlife (no big game in the Gambia, but a great variety of tropical birds and reptiles). I would be woken each morning by the strange whooping sound of an African bird. Lizards would be crawling across the lawns, even the grass was different. Breakfast in the hotel was buffet style with plenty of fruit including tiny, tasty bananas (better than their bigger UK imported cousins). Then it was out for the day to wherever we were going. Evenings were spent in local Gambian restaurants – off the beaten track. The sun set  quickly so it was always dark by 7 which seemed strange in the heat (it was always 30ºC  ). We would wait on a street corner and pile into a ‘minibus’ – these were interesting affairs with dilapidated seats and no seat belts – 15 of us crammed in and driven off at high-speed to our restaurant for the night.  There were many Dalasi to the Pound, and we probably over-tipped to begin with paying one lucky ‘mandolin’ player a months wages after our first meal.  One of the Gambian specialties was  Domoda (a beef dish served in a peanut / tomato sauce).   In those pre-wifi days internet required a cabled connection but it seemed like every other shop was an Internet Café.  The Gambia was a great place to visit. Unfortunately. the week was over too quickly, but it was a fabulous introduction to Africa and one I will never forget.