The word brings a fear factor to many. Indeed it is a deadly disease when it goes untreated. Sometimes a pupil comes back to school after a day off saying they had malaria- I have always been skeptical, even more so now.

I write this from a hospital ward where my wife has been admitted overnight and is on a drip. The ultimate cause – malaria!

It all started last Thursday when Anita woke up in the middle of the night with flu-like symptoms and feeling very chill. Remember we live on the equator where it does not ever really get cold. In the morning she went in to work and was sent home again. Then the fever started – we did a Malaria test using a kit, but it was negative. As the weekend wore on the fevers and chills became more intense until by Monday we went out and bought our own Malaria testing kit. A definite positive -so off to the local medical  clinic (it is always wise to check yourself before going to the clinic as malaria is a common diagnosis – hence the pupils off for a day!).

Actually our local clinic is good and we trust the doctor – he confirmed malaria and prescribed medication. Anita, by now very feverish and weak was admitted for a few hours to give her fluids and medication.

Back home and medication in hand we were to return each day at 4pm for anti-malarial injections.

So today we returned, but instead of a routine  injection we found her blood pressure had dropped to 50/30 – a lack of fluids and food bring a major contributing factor.

So here I sit on the ward. Anita on a drip – admitted for 24 hours. 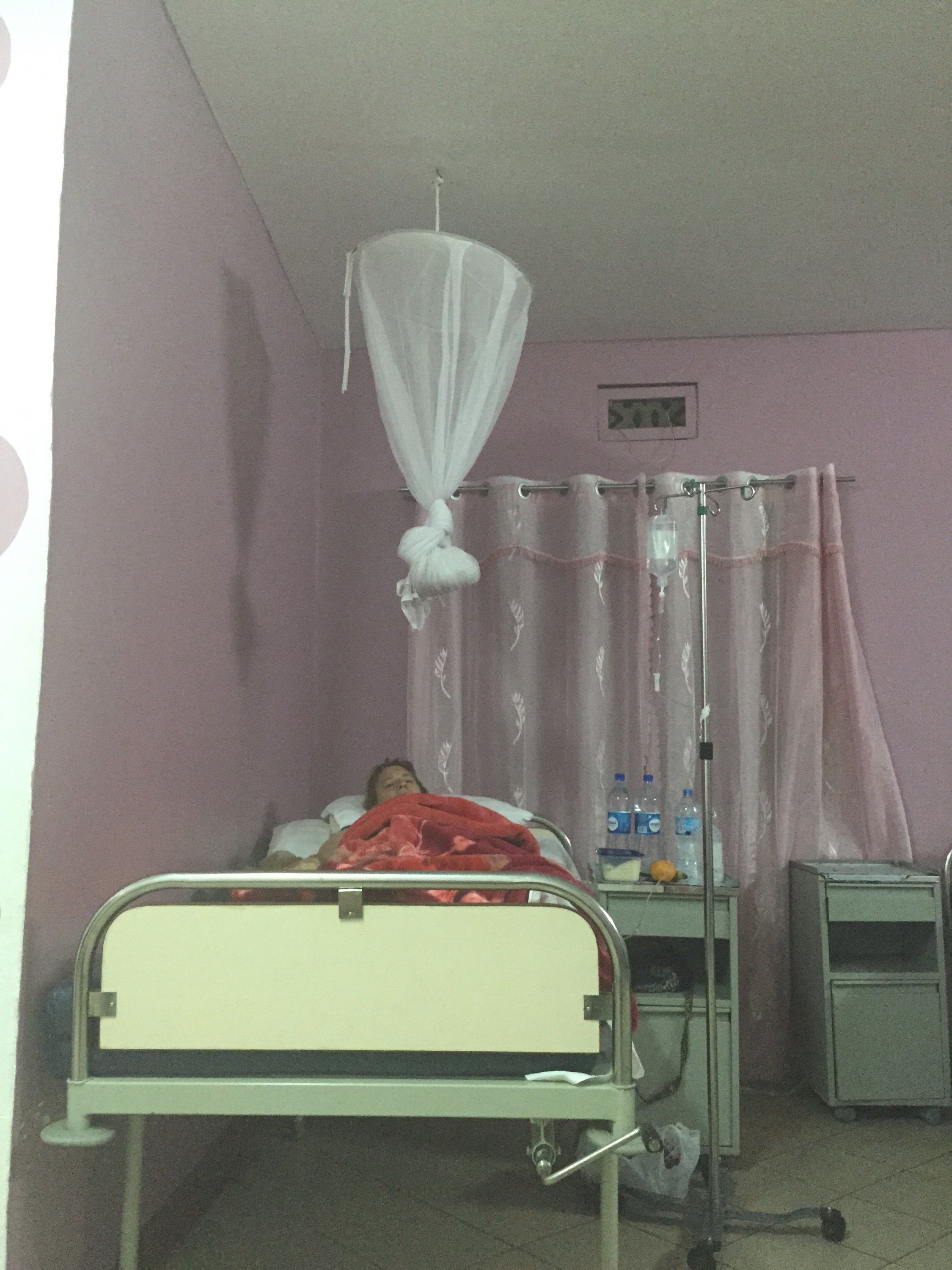 Malaria is a nasty disease – much worse than anything I have seen before. With rest and medication she will recover, due to swift medical treatment. Many across this continent have no such option and will die of the disease – a sobering thought

On Tuesday evening we took a cruise on the Nile – we had a great evening and enjoyed the sunset. We were served food and drink throughout the evening. One course consisted of three types of Bruschetta: Tomato, Avocado and Tuna.

As I don’t eat fish, I did not consume the latter. However, the others did in variable proportion. Ever since the rest of the family have suffered with bouts of tummy upset. It’s a real shame that caused Anita to miss out on White Water Rafting, and the children a day of Safari. The only food we have eaten differently in the last few days was the Tuna Bruschetta. We think it might have been left out too long!

Golden rule when travelling a distance – avoid fish dishes – as for me it’s a rule which is very easy to keep.

It had to happen in the end I suppose but the female side of the house have gone down with tummy bugs. Anita was first last night followed by Bex this morning. Where it came from we don’t know, but out here away from the hermetically sealed life we lived in the UK we are going to be prone to more illnesses. A lot of colleagues and their families have gone down with stuff whilst we have remained immune. One colleague was off for two weeks with something. The truth is that bugs and bacteria are more prevalent in Tanzania – not the deadly kind like Ebola – plain ‘common all garden’ sickness bugs, and of course Malaria – not fatal to us but not nice either. Thankfully neither Anita or Bex have anything dangerous but both have exhibited the usual symptoms of gastroenteritis and have spent the majority of the day in bed. The masculine side remains thankfully fit and healthy. I for one am pleased about that.
One advantage being here is we do employ a house worker to do the routine tasks – so it wasn’t as bad as it might be in the UK. Even so after work (and the running club which I and others help run for students) I needed to go into town to the bank to draw cash (we live in a completely cash society here!) and then some shopping (bleach, Dettol and shampoo) then straight to language school! Arriving home at 7:15pm.
Thankfully the girls were well enough for me to be able to go to the weekly ‘Boy’s Night’ Meal we have with other colleagues on a Thursday. Returning home at 10pm both are back in bed and asleep. Hopefully, they are on the mend now – we’ll just gave to see if it’s catching!

One thing I shall not miss about the UK is my annual bout of Hay Fever. Every year from the middle of May until the end of Wimbledon I suffer from the symptoms. If you have never had it you probably imagine it to be like a cold. Those of you who suffer will know that your eyes, ears, nose and throat itch continuously (the eyes and nose particularly so) and you get sneezing bouts that can go on for what seems like ages – it is quite wearing.

To be honest I have generally suffered less over recent years. As a teen and through to my thirties it was much worse. Antihistamines help but only suppress the symptoms, I still get the odd really bad day.

I have spent the past two Sundays in the open which is not the best place for a sufferer at this time of year.

Last week it was Race For Life, yesterday the Car Boot Sale, the latter leaving me quite drained (perhaps due to the early start as much as the pollen).

Still had time for a great Father’s Day meal, but after I was quite rough. 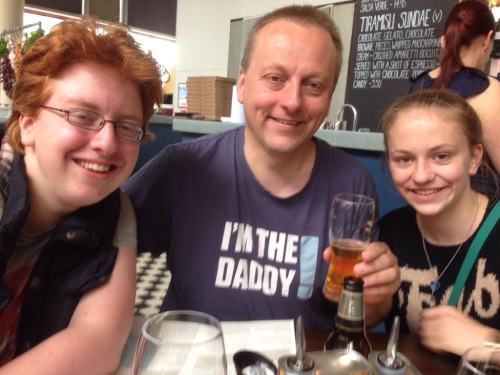 I am hoping that Hay Fever won’t be an issue in Tanzania. I’ll be taking antihistamines anyway – more for bites and stings that anything else. Let’s just hope this is last of hay fever for a while at least.