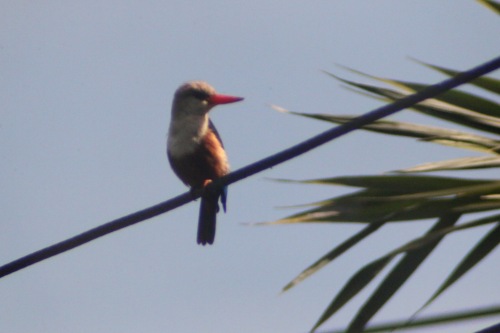 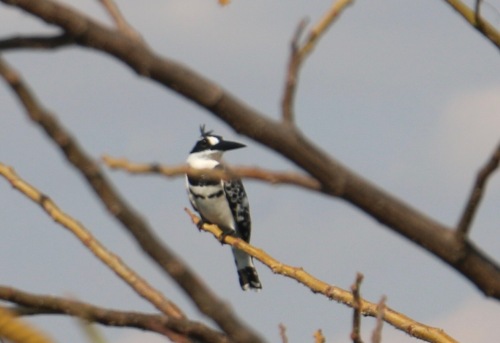 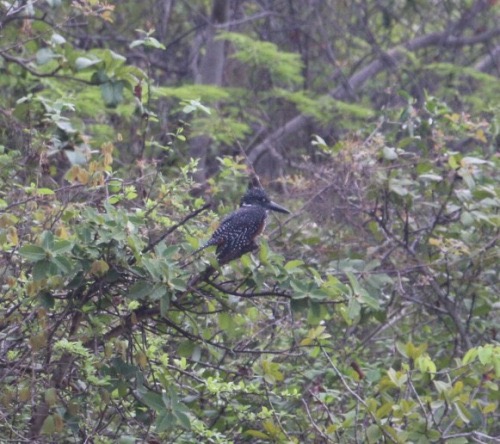 However in Britain I have never seen a (Common) Kingfisher. For years I have looked along river banks hoping to spot that flash of blue and orange, but never a glimpse of this shy bird.

Until today that is… 🙂

It started at 5:30 – I’ve not been sleeping well having pulled a muscle in my shoulder. The sun was shining brightly which for me is taking along time to get used to (having lived with a constant 12 hour day these past two years). So I got up and dressed and headed out with my camera to get some early morning shots of Emberton Park – our home for the week. I headed for the lake and made for the bird hide. As I went I wondered whether it might be possible to see a kingfisher – but I had been to many such lakes and rivers over the years and never even seen flicker.

I am a Christian  and as I walked I shot up an arrow prayer asking if just once I might be lucky. I don’t believe in a slot-machine God who does things to order, but I do believe in a God who cares and answers our prayers though not always in the way we expect – in the big things and in the little. This was most definitely in the little category.

I sat there waiting patiently in the early morning light. Self doubt saying to me give up you’ve tried and failed many times, a little voice countering and saying be patient – twenty minutes and movement across my eyeline – in the light it was more black than anything but I followed it and carefully moved to the other side of the hide – there it was on a branch – fleetingly and before my camera could capture it, gone.

My first kingfisher – amazed and thankful I nonetheless decided to wait on the little voice saying be patient.

Ten minutes on and two flashes of blue zooming across the lake – still no picture.   I shot another prayer just asking for an opportunity to capture the bird. I positioned my camera towards the branches of a submerged bush and waited. Then finally a squeaky call and another bird flew into view. I got off two shots. 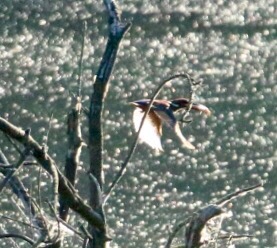 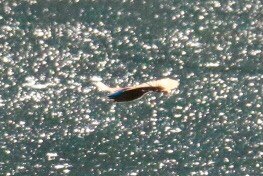 I didn’t get a perfectly posed bird on a branch but God had answered again. He had answered in abundance but not the way I expected. I had seen no less than four kingfishers, having never seen a UK bird before. He will answer in the little things and in the big – if we ask and if we are patient and if we expect the unexpected.

Lately in the evenings we have started to hear church bells. Rather tinny more akin to door chimes and definitely electronic but certainly church bells. These have obviously been installed in a local church building nearby (or maybe not so near but with loud speakers). This is in addition to the calls to prayer of the Imam from the local mosque which sound out near to sunset and the chanting which I assume come from the Hindu Temple in town.

Mwanza has several mosques, at least three Hindu Temples and a Sikh one, several Seventh Day Adventist Congregations and numerous churches scattered across the town. As we walk to town we often hear choral singing.

Three faiths co-existing in this town and from my perspective peacefully co-existing in a tolerant fashion. Mwanza is a place of faith however you look at it!

As a Christian it is a strange experience. Having a faith is not unusual here, indeed quite the opposite people expect it. Growing up in the UK where religion is increasingly something of a dirty word it is actually quite refreshing. Back home it seems like you have to defend yourself or else can face incredulity or even mockery. Religious faith is often viewed as quaint or old fashioned, misguided or intolerant (it is in truth none of these!)

In the West, many think they have outgrown religion (not the same as faith by the way) and have cast religious faith in the same bucket as the tooth fairy and Santa Claus. Perhaps people here are viewed as unsophisticated and ignorant of the worldly truth. I would argue that while people here may lack wealth and formal education, they are not lacking wisdom or intelligence. Their faith is shaped by their poverty and their experience, many live hard lives ‘on the edge’ but faith remains strong. Maybe our wealth, our technology, our so-called worldly wisdom has hidden something from view. Our  Western news tends to focus on religious hatred and bigotry whereas here they are more tolerant. I am not saying all faiths are the same (quite the reverse), I don’t think all of those with faith get it right either but where we disagree we can still respect one another. I sometimes wonder why some of those with no faith are  disrespectful of those who do.