A different take on this Week’s Photo Challenge: Broken.

On 26th January 2012 my wife, Anita, was cycling to work. It was a little icy that day and thankfully she wore her cycle helmet. Near to work she turned 90° as she approached an underpass and the bike slipped from underneath her – she fell off the bike at high speed.

I was at work when I got the call – half way through a Year 11 ICT lesson, Carol (one of our administrators) approached the door and beckoned me outside. To be disturbed mid-lesson was unusual, to be disturbed half way through a year 11 lesson unheard of. I left the room to hear the news – Anita had been knocked off her bike and rushed to hospital. The thoughts that ran through my mind as I made a quick exit and drove the 45 minute journey home. The first call was to Anita’s parents. The sudden shock of the news and the request they come quickly. At the time my work in Thame was at least 45 minutes away from home and on frosty roads even longer than that. The next call was to Anita’s sister – living in Northampton, a mere 2o minutes up the M1 from Milton Keynes. She would be there before I was.

Arriving at the A&E department at MK General, I found her – the helmet had been severely dented but there were no head injuries. Her arm had been less lucky. The impact of the fall had shattered both Radius and Ulna.

Thankfully passers by had come to her aid – ironically one was a theatre nurse in the hospital, a parent from the same school as my daughter and who would later on be in the theatre when she had the operation. 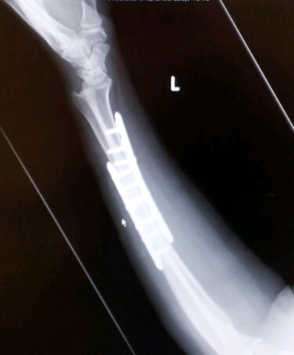 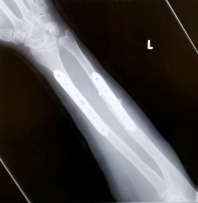 The broken bones were screwed together with plates and after a 4 hour operation I received news (at gone midnight) that everything was OK.

Months of physiotherapy followed and initially there were positive signs of movement. However as time progressed things were not looking good. The bones were growing too much and were pushing on the wrist. In July of 2013 a second operation took place to purposely break the bone, remove a section and re-plate. 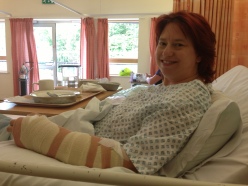 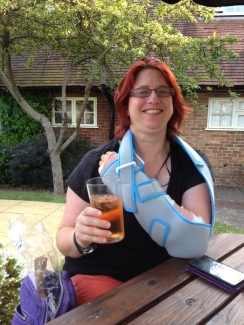 This took place a few weeks before I was due to travel to Vietnam / Cambodia. We had agreed I should travel and so I did. One morning in Buon Ma Throut I awoke to the news that her bones had broken whilst in the cast. A further emergency operation was required and an new plate fitted. 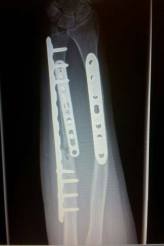 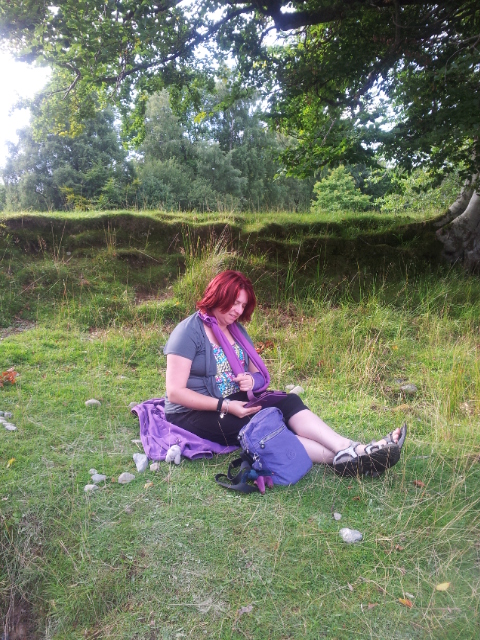 Nearly two years on the bones are healed, though the movement of the left arm is significantly reduced.

In years to come the longer plate may need to be removed.  An incident which occured in a split second has had an impact lasting many years.