It’s In The Trees!

We have Bats in our Mango tree – I say our, it’s just outside our garden but on the compound where  we live. I was taking photos for my previous post (Broken Branches) when I noticed them. I was able to snap some clear photos of them roosting and some fuzzier ones of them in flight. They are very fast and silent flyers so I will need to be patient and get some more focused ones in the future.

Incidentally, the phrase “It’s in the trees” comes from a Kate Bush song “Hounds of Love”.  It’s a bit of a catch-phrase in the family – it’s usually followed incorrectly by “When I was child”, The origin is over twenty years old from a time in Milton Keynes when a group of us (twenty somethings) gathered for a weekly Friday video night – it was probably coined by a guy called Richard, who knows why? Over time it was used by my brother (an occasional visitor to the video night) and I and later my kids. No rhyme or reason! I have wanted to use it in a blog post – so here it is. “It’s In The Trees!”

In response to The Daily Post’s weekly photo challenge: “Broken.”

Our Tanzanian garden has a number of trees. Here in the tropics wood decays more quickly than in Britain and termites and other insects eat away at the wood of even the sturdiest looking trees. Consequently, we have many broken branches – some dangling from bigger branches others twigs on the ground. 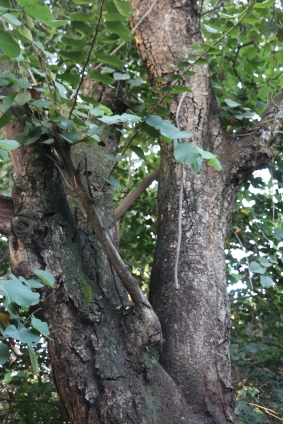 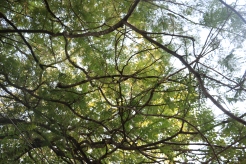