A submission to the new Weekly Photo Challenge: Ephemeral.

Sometimes you take a photograph which is so ephemeral that a second later it would not exist. Such is it is with a photo I took on a recent trip to Rubondo. The focus of the image was the hippo dead centre.

It was definitely the star of the show. However, the Waterbuck which ‘photo-bombed’ the picture as it darted left is what makes this shot truly ephemeral. Within a few seconds it was gone, and the hippo remained chewing the grass.

No not a recipe for some strange concoction, but the names for the cat and the kittens she had a month ago. We have developed a tradition of naming our pets after items of food. This began in the UK when our daughter had Guinea Pigs (Cinnamon, Muffin, Saffron, Jelly Bean and Biscuit). It carried on with Pepper, and although we won’t be keeping them, continues with Pepper’s kittens.

The cat, Pepper, was a kitten herself when we found her stuck up a tree at school in September.

In truth I didn’t want a pet, but no one claimed her and no one else wanted her. Having said that, if I had to have a pet, a cat is fairly high up the list and definitely above a dog. The independence of a cat means they look after themselves a lot.

We did not imagine a cat could be made pregnant at only six months old, but that is exactly what happened to Pepper.

A month ago she gave birth to four kittens. She has been a good mother and four weeks on all are doing well and there is no runt. Like most babies, they didn’t do much at first, but now in the last few days they gave begun running around, they are in to everything. I have to admit they are cute. 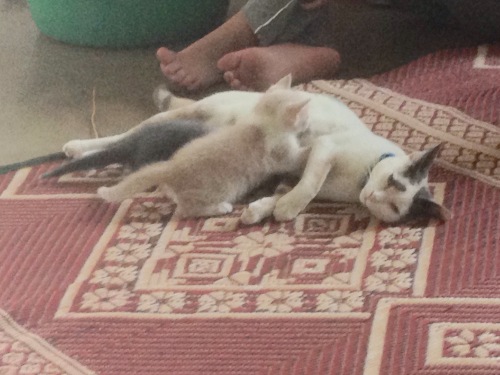 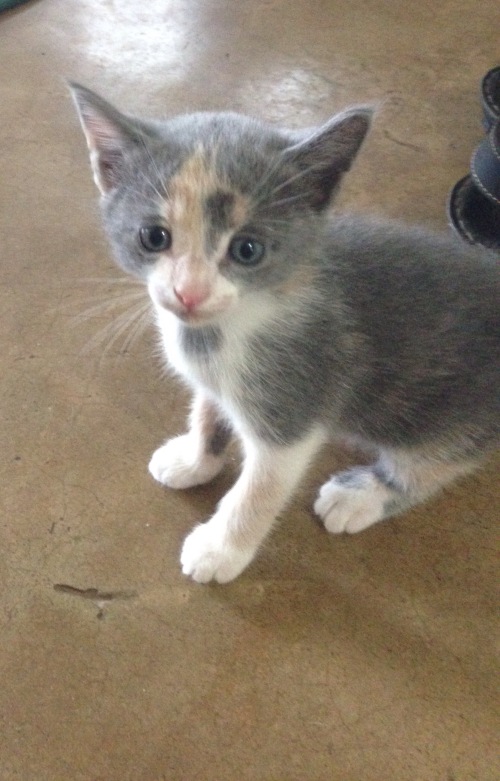 In four weeks from now we will be looking to give them away to good homes and ensuring Pepper is not able to have more kittens. For now we will enjoy the antics of Licorice, Treacle, Fudge and Ginger.

A Fan of the Future?

Our Fan can predict the future – honestly! We keep it on each night to keep us cool and to provide white noise which blocks out the sounds of the night.

However we have notice that our fan can predict the future. Just before a power cut for about 30 seconds, our fan revs up to a much higher speed, then the power cut begins. This has happened several times now.

A predictive fan? Well most likely there is a power surge ahead of the power cut. Last night this coincided with a thunder storm. The rains albeit in there early stages have started. The power cuts continue daily, and the fan predicts every one with accuracy.