The tree outside my classroom is currently exhibiting all four seasons. Autumn, Winter, Spring and Summer. ﻿ Branches bare, in bud, in leaf and losing leaf. Such are the trees of the tropics 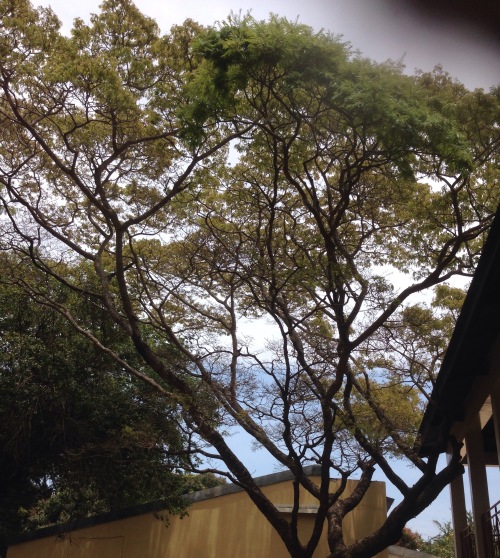 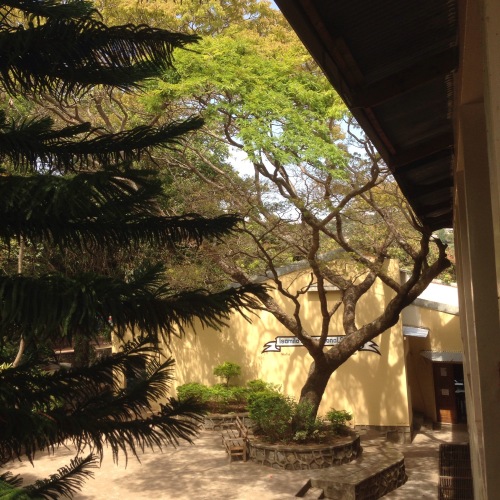 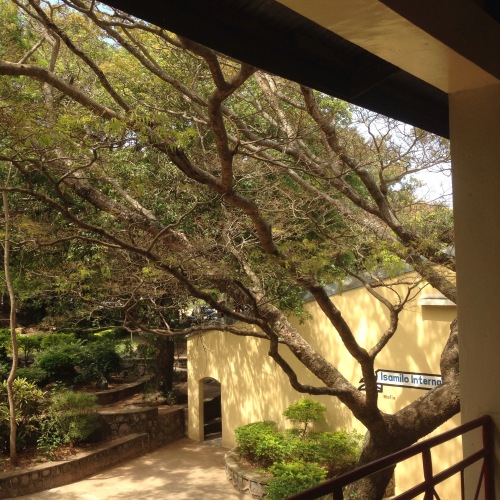 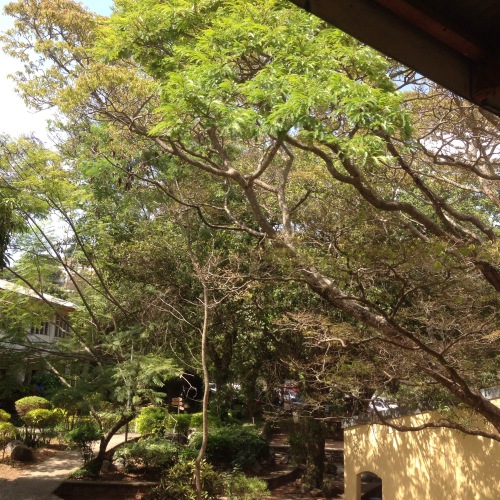 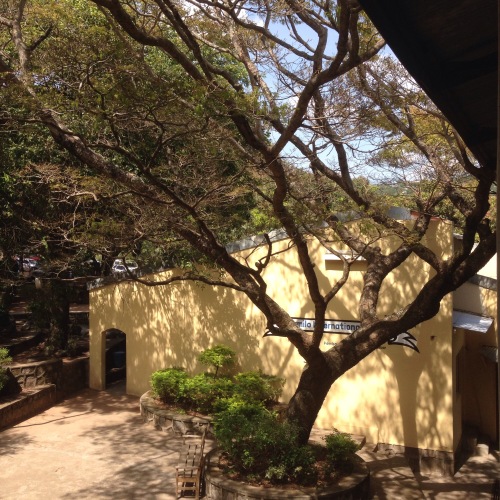 We were up early for our journey to Rubondo. There were 13 of us going. The families of two other colleagues, a couple of friends of one colleague (over from Scotland) and ourselves, squeezed into two cars along with luggage

Our journey to Rubondo would take several hours and require two crossings of Lake Victoria. This lake on our doorstep is enormous (at 68,800 km² – the second largest fresh water lake on the planet). Our first journey was a short one into town to Mwanza docks to get the Kamanga ferry. This ferry was not our first choice, as the road beyond was somewhat rough and unsurfaced. However, the other ferry ( to Kikongo) was out of action due to a mechanical failure, and it’s tarmac road therefore unavailable.

We arrived at the docks in the dark, just as one ferry had departed, which meant an hour and a half wait as dawn rose. Even so it was a great opportunity to grab some pictures of dawn on the lake. 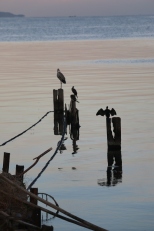 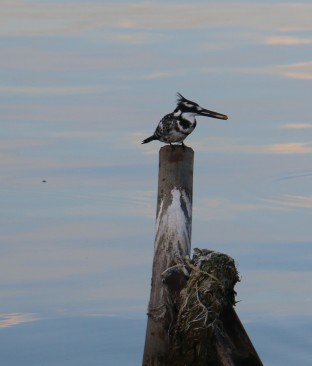 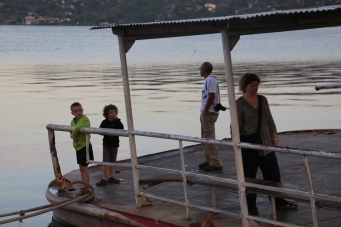 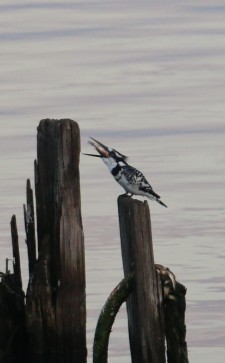 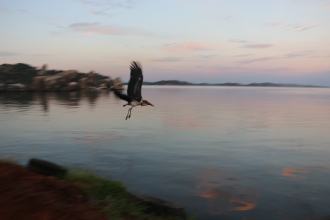 The ferry arrived and we boarded, foot passengers first, then if there was room drivers with cars, luckily our drivers were able to get on board to. Then we crossed the straights enjoying the early morning sunshine and the sites of Lake Victoria accompanied by Hot Chai and Mandazi (donuts). 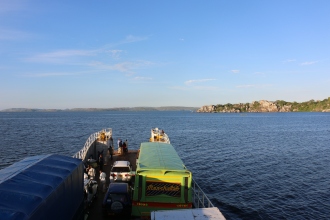 Once across it was onto the dirt road via Kamanga to Geita, the last part being tarmacked. From Geita we took the dirt road to Nkome. This was the same village Anita had visited in January, but also our mainland destination. As we travelled we passed numerous Pineapple plantations, obviously the region is a major source of these fruits. In Nkome we made our way to the National Park offices where we were to pick up the boat which would transport us to Rubondo Island. The journey from Mwanza to Nkome took about three hours, adding in our earlier ferry crossing and wait it was about 6 hours from departure to Nkome.

We unpacked the cars and our luggage and 13 passengers were loaded onto the boat for our 90 minute cruise to Rubondo. Considering we had only travelled across the Southern  coastal part of the lake, it had given us a real feel of it’s enormity. This part of the lake is dotted with Islands of various sizes, which we passed by on our journey to Rubondo. Many of the islands are inhabited with small fishing communities and farmers. Rubondo itself is the largest island at about 237 km², it is 26km long and between 3km and 10km wide. Our base was the Bandas about 2/3 way up the Island. 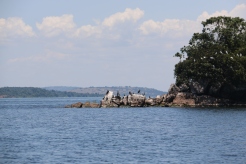 The Bandas are set in a wide bay with great views of the Lake and it’s wildlife. There are a number of partially submerged trees  ( a sign of the lake’s rising waters), home to some black weaver birds (Viellot’s Black Weaver) and several Cormorants. We spent the afternoon exploring and  relaxing. The accommodation was comfortable and reasonable. There was no electricity in the daytime, but this was not a problem. As we sat in the loungers on the beach front we could here the sound of hippos in the lake and spotted a few groups enjoying the afternoon. As afternoon turned to evening we prepared our evening meal having gone to onsite shop in search of a few provisions. In truth, the cooking facilities were a little basic (like a youth hostel) and not terribly clean, although adequate for simple meals. The shop was very basic and although we had bought a few essentials with us ,we were counting on having a little more. 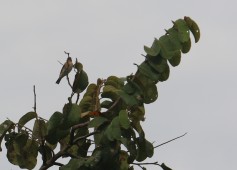 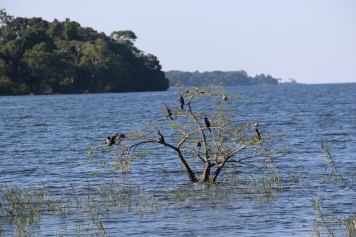 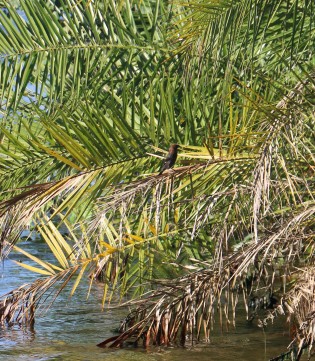 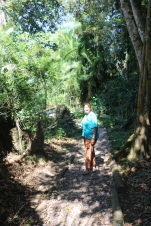 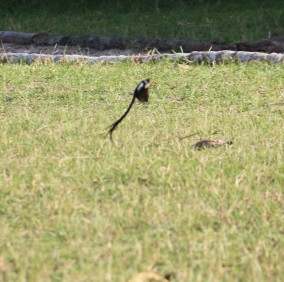 After dinner of vegetable dal (lentils cooked with onion, garlic and tomato) we went outside to see the hippos which had come ashore to graze. Even in the pale moonlight these were impressive creatures. After a long day and a lot of travelling we retired to bed at about 9:30. Just before bed we got a chance to admire the stars above us – with no light pollution an amazing site to behold.