This morning’s trip was out across the sea from the main Island of Zanzibar (Unguja) where we have been staying (wrongly called Zanzibar) to one of the many smaller Islands called Changuu.
This island was used as a prison, by the slave traders up until 1905 (after the official abolition in the 19th Century) when Zanzibar (the archipelago) became a British Protectorate. The new governor wanted to make the island into a zeros on for criminals, but a widespread outbreak of Small Pox meant it was converted into a quarantine instead. By the end of this time it became a Governor’s residence, finally on independence fell into disrepair until investors bought the island and built a hotel. 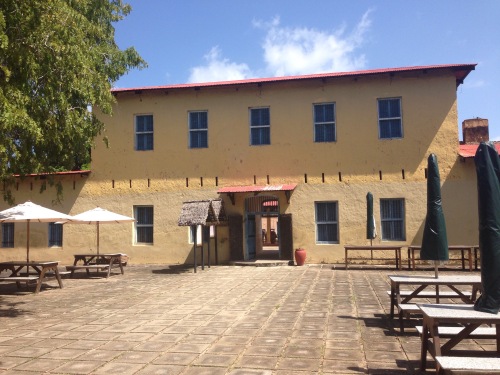 When under British Protection the Governor of Zanzibar was friendly with the Governor of the Seychelles. As part of a gift exchange Zanzibar was given four Aldabra Giant Tortoises in 1919. These bred quickly and soon numbered over 200, but theft saw numbers reduce to only 7 by 1996. Finally with the help of World Animal Protection a program was put in place to build an enclosure and return tortoises, some found in Dar Es Salaam. Now numbers are are approximately 170. The oldest of these is 191 and there are several over 100 years old. Anita and I were both able to find tortoises who were our age (mere youngsters by comparison. 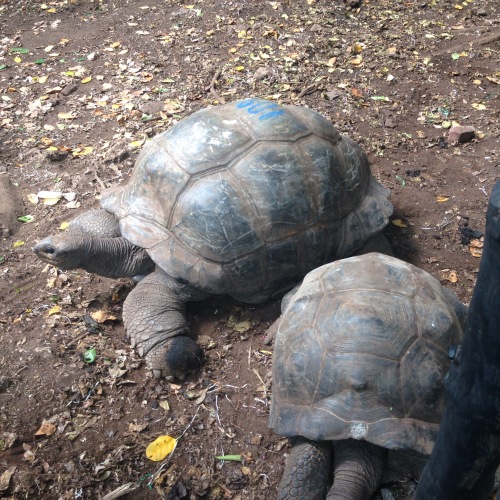 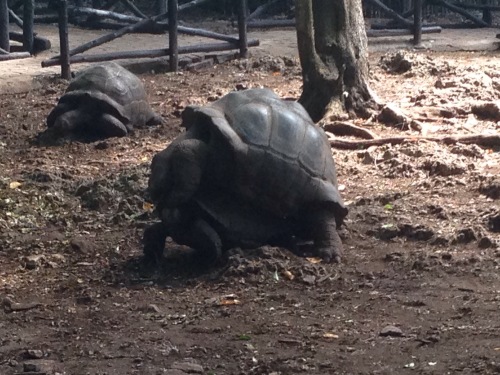