Today was the date in the Calendar when the school holds it’s annual Charity Fair in aid of Saturday School.

On Saturday mornings Isamilo opens up it’s facilities on to local children to provide free education, including computing and English as well as swimming. The Charity Fair is open to the whole community and each tutor group runs a stall. Other stalls are run by local artisans or by parents, The visitors pay s modest entry fee and then buy tokens which are used as tickets for the various stalls. Unfortunately, Anita (Malaria) and Bex (UTI and Amoeba infection) were both too poorly to come do it was just Matt and I who went. Matt was helping to run the “Sponge The Teacher” stall, of wich more below. 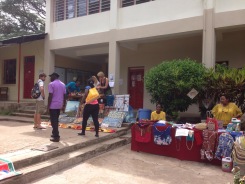 My tutor group ran a stall whereby people paid for water balloons which were then thrown at members of the group. A hit gave points which led to receiving a bookmark or sweets. 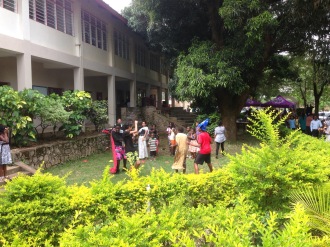 My role was to wander through the event making sure things were OK (which they were). Which gave me a good chance to see all the different activities. Other than this there was the “Sponge The Teacher” stall in which I participated. This was great fun but very wet. A token bought 3 wet sponges aimed at your head which peered through a hole in a board. 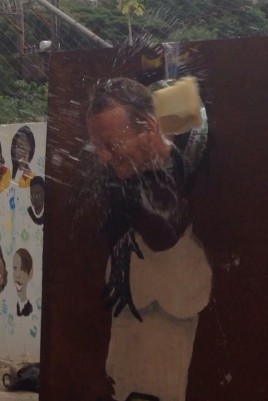 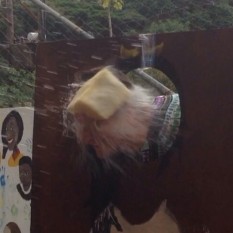 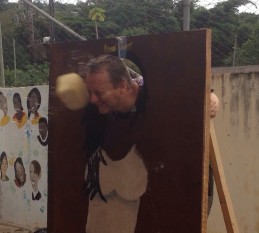 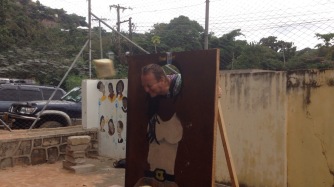 The day finished off with a raffle. I had bought a single ticket – Peach 66. I so wish I had got a strip as Peach 65, 67 and 69 all came out of the bucket. Even so it was a great afternoon and the rain held off until after 6 when we’d finished.