No Cable, No Car, No Worries

To be honest we’re not missing either
We do have a TV and a mountain of DVDs and as I write this the kids are watching Friends. 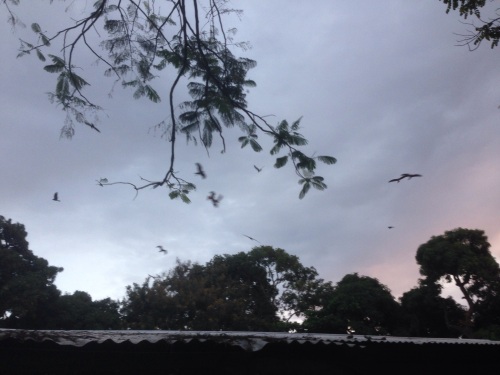 In addition, life here (thus far has been a more sociable experience than in the UK. At school the classes are significantly smaller than in the UK. As such marking takes a lot less time ( I managed to mark all year 13 and both year 11 classes in one evening) and all year 10 on another last week. Although there is more preparation (I see most classes three to five times a week) the work is a less onerous than the UK, just because of numbers and pupil behaviour (excellent).
This leaves more time for activities and so we have tried out Bridge Club, there is the weekly “Boys night” on a Thursday Night at a local hotel restaurant and a biweekly Bible Study at a local hotel with other local Christians. Anita has also been to “Girls Night” and plans to join ladies badminton.
All in all we have less time in so TV is less necessary.

I am ebbing and flowing on the issue of a car. School is only a 10 minute walk away, as is town. Taxis are cheap and plentiful and walking is healthy. So far we have had no real reason to use a car, which cost more than in the UK (relatively) and are much older. Furthermore the roads are awful here and the driving is worse. So costs are potentially higher all round.

So for now we remain without cable or car.

3 responses to “No Cable, No Car, No Worries”