Null is not the Point

It is Eurovision time again! For those of you outside of Europe this is the Eurovision Song Contest,

a competition between countries across Europe who each sing their own song composed for the show, which are voted for by the other countries. We used to win in the good old days, but haven’t done so for years. Generally quite depressing for us Brits as the rest of Europe votes for their neighbours and generally we receive nothing. Null point for Royaume Uni is quite common.
Even so each year we gather together on this evening at my sister in laws for an evening together. I’d like to say we were expectant but we’re generally not.

We get through this all by playing a game. We are all given random teams from the competitors. This year we are going to be in one of 8 teams and will get three countries selected from one of 3 groups divide geographically.

We have to predict the following

1) the ranking order of our three teams
2) which team they will give 12 points to (usually one of their neighbours)
3) where the UK will come
4) who will come top , who will come bottom

To make it even no one gets UK or the host (Denmark) so we also get points for working out where there 12 points go.

There are prizes for the winner. It all makes the evening enjoyable and takes away from the bitterness of almost certain defeat for the UK.

This of course is our last – since I doubt they show Eurovision in Tanzania. Is that a blessing I hear you ask ? Possibly possibly! 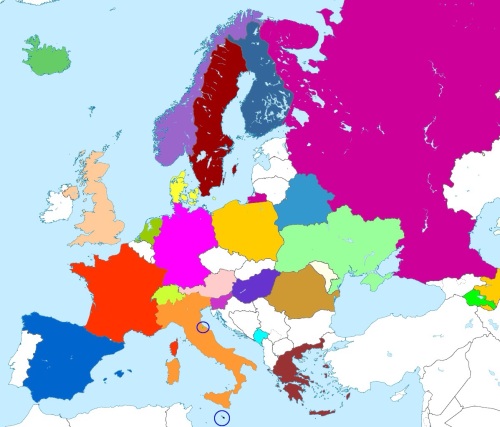 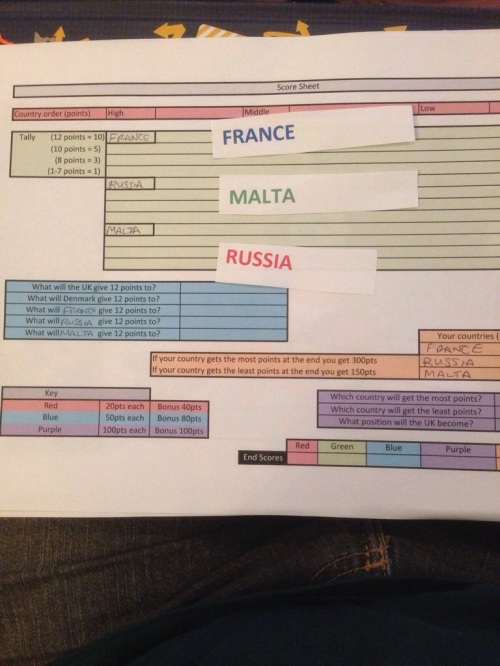